STP Church Used for Shooting “Once Upon a Saint” 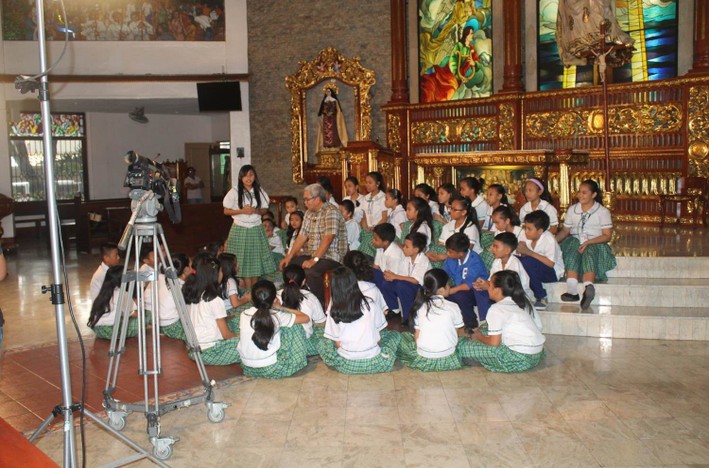 On August 19, 2015, Santa Teresita Parish Church was used as the venue of “Once Upon a Saint”, a TV program hosted by Mr. Bernard Cañaberal who is also a broadcaster of Radio Veritas, a Catholic radio station.  The format of his program is simply story telling of a particular Saint but he does it in a unique manner.  He animates the story through monologue, employing voice variations and gestures that call the attention of the children.  Usually, he has a small audience of school children.  In this episode one class of sixth grade from West Rembo Elementary School was invited.  There were four segments of the show that were shot and were shown on ABS-CBN Channel 2 at five o’clock in the morning every Saturday during the month of September. The Saint who was featured in this episode was St. Peregrine, the patron saint of cancer patients.